March 2, 2011 / Author Jennifer Mills on how (we) settlers project meaning onto the Australian landscape but view it as the other way around. 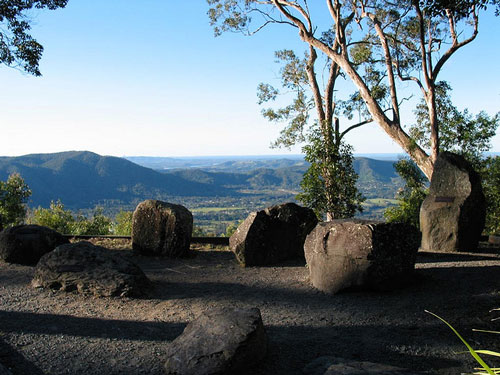 Writer Jennifer Mills was recently interviewed by Anita Barraud about her new book Gone (2011, University of Queensland Press) about a hitchhiker making his way through the outback on a journey of thousands of miles. One of her answers is a nearly perfect statement of how Australian settler culture projects its own anxieties onto the landscape:

Anita Barraud: “Some of us are meant for the desert,” says one of Frank’s rides, a tough woman with dyed black hair. Do you think that holds true?

Jennifer Mills: I don’t know. I think you do get a sense that places call you. And I’ve been in Alice [Springs] for five years now and I sort of… I feel like that’s maybe a little bit of a myth that people hold on to, that they’ve been called, or that they have some reason to be there, because when it comes down to it, it’s just rocks and dirt, really.

AB: Ah, so you’re a bit more pragmatic about it?

AB: Because part of it—the story here—there is quite a lot of discussion, and mainly from women, I think too, interestingly, that the rides he gets some of the women—“Out here, you change your mind about a lot of things,” says one woman that picks him up.

JM: I think the desert is transformative, and I don’t think that’s because of anything the desert’s doing. I think it’s because of what the desert represents to us, and what human culture says about the desert. And we have a very precarious and contested relationship with the Outback in Australia. It’s very large in the national pysche. We’re a very urbanised population and at the same time and yet we constantly refer to this great so-called emptiness at the heart of the country, which was never empty and isn’t really our heart. And so I think there’s an element in the book of trying to interrogate that kind of mentality in our culture, and I don’t think I have any answers for… what the truth of it is. A lot of questions, all bunched together.

The book goes on sale in Australia on Monday. See also…