How fuel efficient is the Honda Fit? 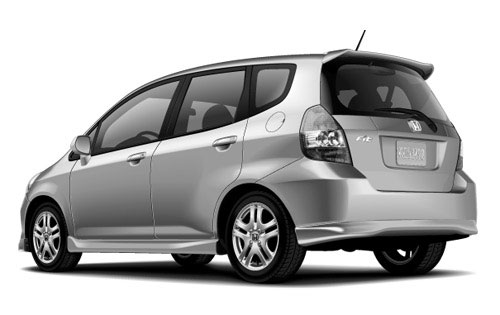 New test methods take into account several important factors that affect fuel economy in the real world, but are missing from the existing fuel economy tests. Key among these factors are high speeds, aggressive accelerations and decelerations, the use of air conditioning, and operation in cold temperatures.

A lot of this has come about because independent reports have criticised the EPA’s methods for failing to approximate real world driving conditions. Pre-2008 city and highway estimation methods, according to the EPA, were first created about 40 years ago and have been revised only once, in the 1980s. These methods assume a conservative “driving style” (at least by north-eastern standards) and temperate environmental driving conditions modelled on the climate of southern California. (Which is to say, the EPA’s window stickers on cars in dealer lots fell a long way short of “real world driving conditions” in 2007. There are city and highway figures, then there’s “You’re a New Englander, and assuming you drive like an asshole…” figures).

Interestingly, with the new revisions the most fuel efficient vehicles (gas-electric hybrids) have the most sharply (i.e. downwardly) revised mileage estimates:

City estimates for some of the most fuel-efficient vehicles, including gasoline-electric hybrid vehicles, will decrease by 20 to 30 percent. The highway mpg estimates for most vehicles will drop on average by about 8 percent, with some estimates dropping by as much as 25 percent.

Which explains the confusion when I read on the federal government’s fuel economy site that the 2008 Honda Fit was dramatically less efficient than the one we own. (Although it might seem like a hybrid—”one of those ‘double cars'” as a friend of ours calls it—it’s not. Nevertheless, the Fit is an economical car by U.S. standards, and it’s certified as a “low emissions vehicle,” meaning that it produces relatively low pollutant emissions aside from the absolute amount of gasoline that it consumes.)

Also interesting is that the 2007 Honda Civic Hybrid, which trailed the 2007 Toyota Prius on highway mileage 45 to 60 under the old system, is now the Prius’s equal at 45 apiece under the new. To my knowledge the Civic and the Prius are the only models that have ever broken the 40 MPG barrier on both city and highway tests (currently measured at 40/45 and 48/45 respectively).

Overall, the EPA’s new tests have shortened the total range of MPG estimates for passenger vehicles, which I take as a sign that the estimates are now more valid. I haven’t looked at the methodology but the new figures for the Fit accord with my own observations: we don’t get 38 miles per gallon on the highway in winter, although we may get close to it on long trips in the summertime, and low-30s is probably a more accurate annual average than mid-30s.

I’m clearly biased, but to those interested in the Fit, and in the market for a fuel efficient car, you can do better, but not for the price. At $15k the Fit is just about the best value/design/efficiency bundle you can find. (The Toyota Corolla gets better highway mileage, but the Fit is empirically way cooler. And I don’t think that the Yaris is actually a car.) I hope that our next set of wheels is a hybrid, but at today’s prices that privilege will set the buyer back an additional $10k.