November 10, 2008 / Crowd in Times Square waiting to hear results from the election.

Some shots I took in Times Square around 7 p.m. on election day. I love the Not Voting Sucks billboard next to McCain. That’s Rod, from the musical Avenue Q. Here’s an aerial shot of the scene, taken in August. 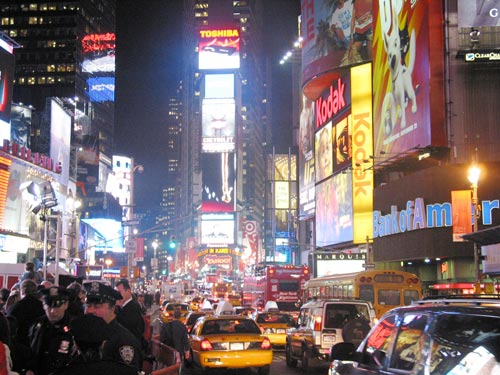 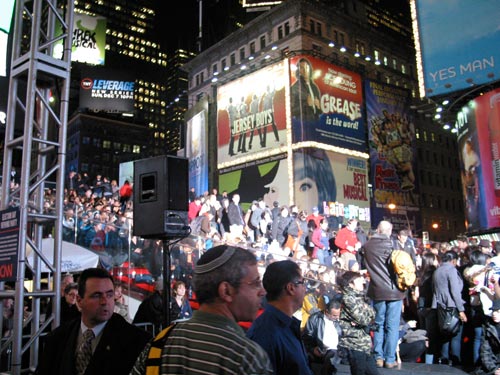 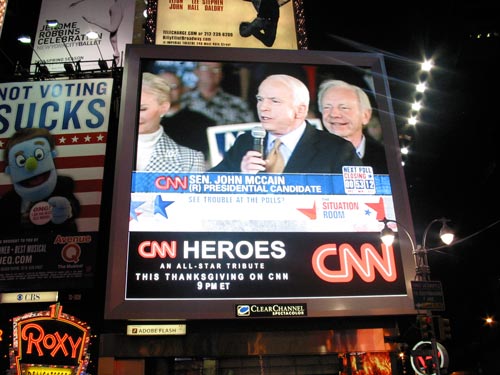