On facing ‘the man at the door’

August 29, 2009 / Poignant thoughts by Liz Kelleher on what made Kennedy worthy of admiration. 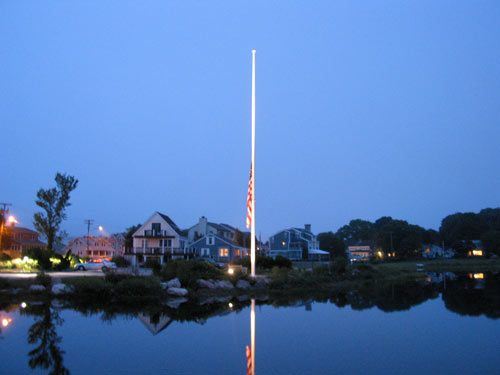 Don’t get me wrong, sometimes Ted Kennedy was still a sh*tty guy. He was hell on his first wife, it took him years of drinking and womanizing to get straight, years that no ordinary working person would likely be loaned. He and the rest of his clan are T Wealthy, the born-rich, born-connected, two percent of Americans who have fifty percent of the power in this country, and worse, pass it on to their kids, at the expense of yours, and I don’t forget that just because he’s a Kennedy and a Democrat.

But from the point of view of Ted Kennedy the man, I can admire the moral courage of getting up in the morning, walking out the door, and getting on with it. Having room in his heart for the sorrows and struggles of total strangers at that. Ted Kennedy, role model for the f*ck up in us all.

I think I agree with this. He appeared to be a man driven by his demons, trying to make right without apologising for being who he was. Rest in peace, Senator.