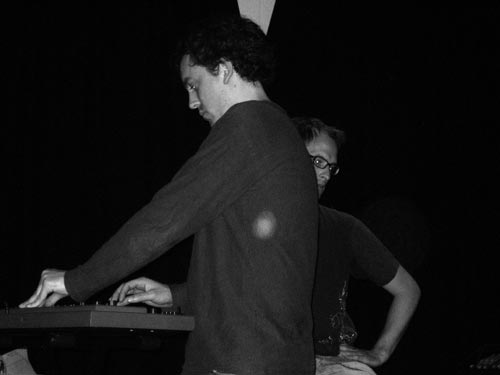 Jon Pareles on a recent performance by Younger Brother in New York (same guys, but not the same event, above):

As Younger Brother remakes itself into a band from a studio project, its music has become less futuristic and more conventionally structured. But the music has also grown more human, approachable, dynamic and unpredictable, and that’s a worthwhile trade-off.

Their next album is expected in 2010. I hate this “waiting” shit.