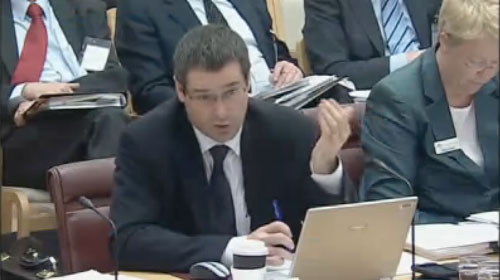 The Australian Government wants to censor the Internet and the push seems to have gained ground because of concerns about child safety. The proposal calls for mandatory ISP filtering of Internet traffic that is supposed to prevent access to “illegal material” (content featuring child sexual abuse) and child-inappropriate material (pornography).

Communications Minister Stephen Conroy is at the centre of a growing debate about the true scope and feasibility of the plan. He has equated it with similar systems in countries like the UK, Sweden, Canada and New Zealand, but there are fundamental differences. Australians won’t be able to opt out. According to network engineer Mark Newton, in a recent opinion piece for ABC News:

In actual fact, none of the countries Senator Conroy cited have anything like what he’s proposing for Australia. […] The only countries which feature government-imposed internet censorship are nations which place more emphasis on opinion suppression than internet access, such as China, Saudi Arabia and Iran.

Newton points out that Conroy has used the term “illegal” in the Senate to refer to a government blacklist of material designated as “prohibited” (deemed unsuitable for children). Former Senator Andrew Bartlett recently echoed criticism about where such a censorship plan would end. Not to mention whatever they mean by material that is “inappropriate:”

The catch-all nature of the term “inappropriate” gives me concern. I have little faith that the current government will prove much better than governments everywhere, and be unable to resist the urge to continually increase the scope of what they try to control.

Beyond this, it seems highly unlikely that the plan can be implemented as intended. ISPs hate it claiming that filtering will be extremely costly to implement, easy to circumvent and would likely yield a lot of false positives (hundreds of thousands?). The Angry Aussie says it best in a recent rant:

If you put some filter between the big wide Internet and the poor little defenseless Australian users it would strangle our already shit Internet access, let a bunch of stuff through anyway, be trivially easy to get around, and would block sites that shouldn’t be blocked. In other words, there is not a single thing an honest person can recommend about this approach.

Way to go Labor. I bet this will haunt the Rudd government if it goes much further. Why not spend the $189 million on building media literacy instead?