The tragedy of Tohoku

April 20, 2013 / We have to look at what happened to Japan with clear eyes if we are ever going to get a grip on nuclear power in the years to come. 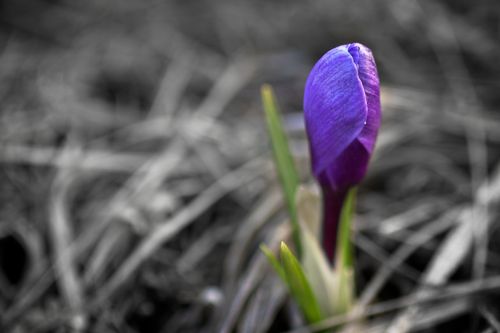 The Tohoku earthquake and tsunami struck northern Honshu on March 11, 2011. Eighteen days later, the photo above was taken in Iwate Prefecture by Canadian-born photographer Jason Hill, who wrote:

It is very hard right now. There is debris everywhere. Bodies are still being found. Food and water is still hard to come by. Everyday we try our best to help in some way. We donate, we give. We encourage. We hope. If we are religious, we pray. We work hard now, so that at some point, this scene will emerge. Among the wreckage, the bodies, the chaos, a small flower will bloom and signify that spring is here.

Last month, two years on from the tragedy that plunged the region and the country into crisis, writer and teacher Roger Pulvers wrote a column for The Japan Times called “Tohoku has been truly rent asunder for untold generations yet to be born.” On today’s episode of The Science Show you can hear Pulvers reading a modified version of the piece. It starts around 24:47. This excerpt begins at 29:46:

I’ve recently met several people who’ve sent their small children, not only out of the region, but out of the country to ensure their safety. The comparisons with Chernobyl are not only on levels of radiation. The secrecy with the Japanese government and TEPCO, the Tokyo Electric Power Company that are owners and operators of the Fukushima plant, the secrecy over personal losses, damage to the environment, decontamination costs and harm to the health of maintenance workers at the plant, rivals the cover-up by the former Soviet government.

The people who made their livelihoods in the contaminated regions of Tohoku were abducted by both their government and an energy industry that deceived them into thinking that nuclear energy was 100% safe in a land plagued by earthquakes and tsunami. The very fact that the present government of Japan, under the leadership of Prime Minister Abe, is intent on reconstituting the nuclear power industry, is not only an insult to those victims of radioactive contamination in Fukushima Prefecture, but an attack of monumental proportions on all people living in Japan.

As in Taro, the town where the seawalls did not protect the people, it is the assumption of safety that leads to complacency. It was complacency and a false sense of security that lead to deaths in the town. And no amount of clichéd assurance will prevent the multitude of deaths that are likely to occur in the event of a nuclear accident in the future.

Is there any difference, I wonder, in this official deception and the one we have seen since the end of Word War II? In the nearly seven decades since the end of the war, half-hearted apologies have been made to the victims of Japan’s aggression. But as with war responsibility, so it is with the responsibility to come to terms with the oversights and crimes in Fukushima. The not-so-hidden agenda is: don’t ask, don’t tell, and wait it out until all the victims are dead.

Not all enemies of a country come from the outside. A nuclearized Japan is the greatest terror facing its people. If this terror persists, then the only flowers that will bloom, will be those on the graves of children living now, and in generations to come.

I stayed in Japan for a few months in 1997, and I have several close friends there. The worry about the fate of Tokyo was a creeping horror in those first days and weeks after the catastrophe when everyone was uncertain whether prevailing winds would shift and send radioactive gusts over one of the most heavily populated areas on the planet. But nowadays that anxiety is largely confined to memory, as against the ongoing devastation of survivors who will never be able to return to their homes.

In the same episode, not long before Pulvers’ essay (around 10:25 for those interested), nuclear engineer Richard Lester explains why he thinks it’s so unlikely that our energy needs can be met without nuclear power generation, while at the same time reducing carbon emissions to the extent required to avoid the worst effects of climate change.

I have heard many arguments on either side of the debate over nuclear power that was restored to prominence by the Fukushima disaster, and I’m still unable to form an opinion one way or the other. (A search for nuclear power and climate change provides ample reading.) Though proponents on either side talk with conviction in their voices I wonder how sure they are in their hearts, or whether it’s even possible to know. How can anyone weigh a nuclear disaster in one hand and runaway climate change in the other and come to a sane assessment?

Either way, there’s one thing that is clear: the only way of addressing this problem democratically is to radically increase government transparency surrounding the political economy of nuclear power, and I don’t know of a single government that is showing adequate leadership in this regard. So we should pressure our elected officials over that, if nothing else.