The ‘One Degree War Plan’

November 24, 2009 / Paul Gilding and Jorgen Randers have authored a new report on how humanity can meet the challenge of global warming. 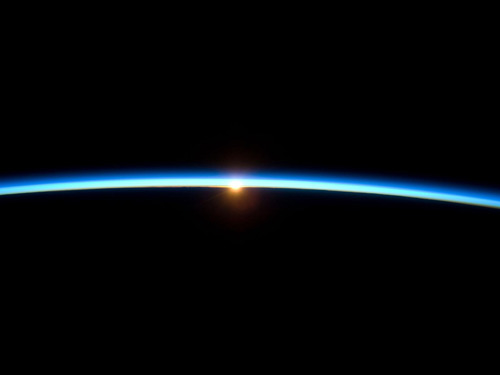 Paul Gilding on his weblog, introducing a co-authored report released earlier this month on how humanity might approach the problem of not annihilating itself:

We were actually surprised by the outcome of our work, which showed that not only is One Degree and 350ppm possible, it is surprisingly achievable and practical. It certainly requires that we act very soon and that we act with a level of determination and commitment not seen since WWII, but it can be achieved. In recognition of this comparison, we called our paper The One Degree War Plan. It is a plan that shows what humanity can achieve — and we believe will achieve — when it develops a rational response to the climate threat.

The authors are releasing this work “for general public reaction and comment.” They outline their take on the current status of climate change, and predict what the global public response will be between now and 2020. From the paper’s (PDF) introduction:

Given the physical momentum for change already in the climate system and the continuing lack of action on the scale and with the urgency required, it is now too late to prevent major disruption and damage in the decades ahead, as a result of inaction over the past several decades. We believe there will now be an ecological and economic crisis, of a scale that is significant in the history of human life on earth.

But we certainly do not believe it is too late to prevent the collapse of the global economy and civilisation.

One of Gilding’s main arguments is that the modern world remains steadfastly organised for industrial production, “endless” economic growth and increasing consumption, and that for humanity to take genuinely effective steps to avert runaway warming (that would likely destroy the civilisation) will require a coordinated reorganisation of social and economic systems around the world.

Randers and Gilding compare their survival strategy to the allied mobilisation during WWII, and military metaphors (“war plan”) are, well… we’ll see if that works, and if not I suspect they’ll adapt. Also, I don’t think that their invoking of governmental responses to the financial crisis as an example of reactive capacity will go over well in the U.S. But that’s a minor quibble, I suppose.

One degree and 350 are the new symbols, and what they will come to signify — hope, propaganda, doom, deliverance, fate, Armageddon — is yet to written, though whatever the answer I’m starting to think it will happen in my lifetime.