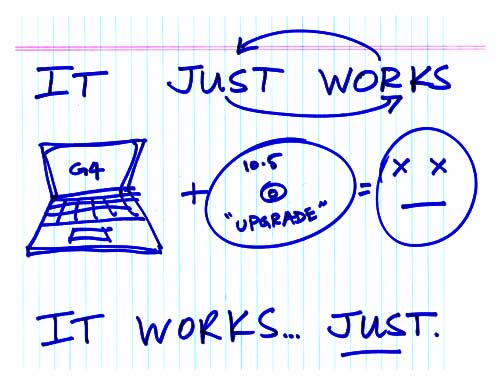 Finally got the scanner working again

The short version goes something like: worth it in the end, but shouldn’uh hadtuh…

Reinstalling Leopard using Erase and Install fixed every problem I listed a few weeks ago with the exception of vhosts which I had to recreate because of an architectural change in Leopard:

Would I recommend you do it if you have mad problems resulting from a regular upgrade? Yes. Should you have to? Nope. It’s just the price you pay for love-needing the Apple.

† Address Book, iCal, iTunes, Mail and Safari. I also had to boot back into my old system to export data from Address Book and Transmit.