Sketches for iPod (and iPhone) 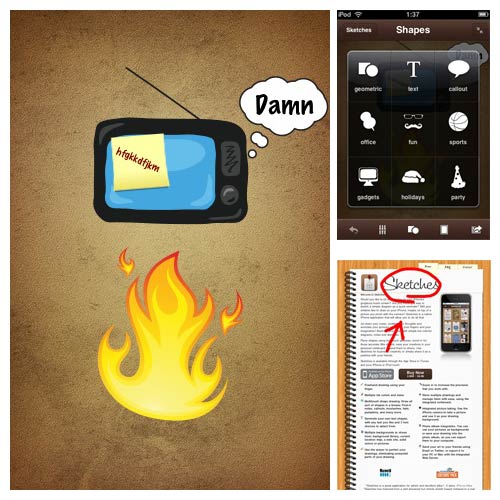 Sketches is fun. Working with the canvas using gestures is both intuitive and clumsy at the same time. The minimalist interface doesn’t let you do much, though it’s a lot considering the small number of UI elements. I made this in five minutes, during which time I realised that clip art isn’t inherently depressing, it just becomes that way in the hands of the Microsoft Office engineers.