Jolly’s Lookout is one of my favourite places in Brisbane: 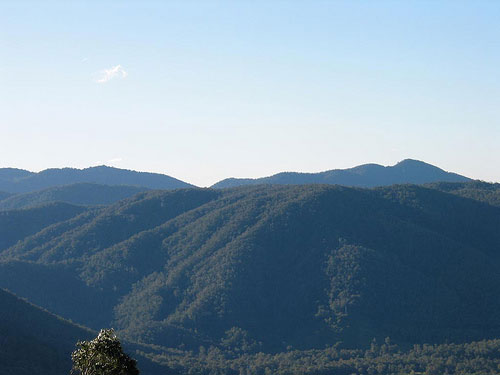 Jolly’s is in the D’Aguilar Range on the western side of the greater-Brisbane area, and about 30 minutes drive from where I grew up.

A Google map of the area

The lookout was built in the 1930s and is named after William Alfred Jolly, first Lord Mayor of the modern City of Brisbane. (Jolly was a conservative, but he turned down a knighthood, so he can’t have been entirely bad.)

The Cookes spent a lot of time at Jolly’s Lookout back in the day, especially for those early Sunday morning breakfasts of which Pete was so fond, and when I was still biologically capable of rising before 7 a.m. A few Gilberts were lost to the surrounding scrub as I recall, being a less than completely accurate kicker and not enough of a hero to fetch them back from the sharp slopes of Mount Nebo.

I made a Flickr set for old time’s sake.