This has been burning me for a while. The El Camino was discontinued in 1987. In 2010, Pontiac were planning to reintroduce it with this: 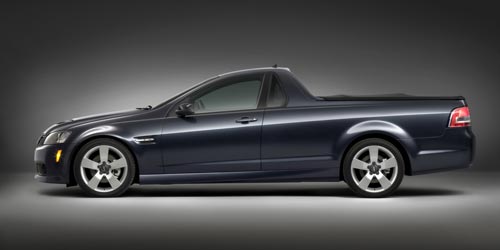 But even before they killed Pontiac, GM nixed the return of the American ute. Some things are just too pure for this world. Chuck Squatriglia for Wired confirms the people’s choice:

General Motors is unloading three brands and tossing one overboard in a scramble to stay afloat, but the one it scuttled may be the one it should have kept.… It turns out Pontiac, which got the axe, is the brand people wanted to see saved.

Almost 10,000 responses to the article’s poll say the same:

Ding, ding, ding: we have a winner.